Sodium Hyaluronate, fermented from Streptococcus zooepidemicus, is a linear copolymer composed of (ß-1,4)-linked D-glucuronate and (ß-1,3)-N-acetyl-D-glucosamine. Sodium Hyaluronate is an abundant glycosaminoglycan found in the extracellular matrix of skin, joints, eyes and most organs and tissues of all higher animals. It is the only non-sulfated glycosaminoglycan and forms highly viscous aqueous solutions.

The viscosity is a direct result of the polymer expanded random coil structure a consequence of strong hydrogen bounding. The coiled structure of hyaluronate can trap approximately 1000 times its weight in water. These characteristics give the molecule unique physicochemical properties as well as distinct biological functions and suggest it as an attractive building block for new biocompatible and biointeractive materials in drug delivery, tissue engineering and viscosupplementation.

Hyaluronic acid or hyaluronate is a natural component in mammalian organisms and will suffer from polymer chain enzymatic degradation by hyaluronidases. The half-life of hyaluronate in endothelial tissue is less than a day, and the natural turnover of the polymer in adults is approximately 7g a day. A mild to moderate covalent modification of hyaluronan will increase the in vivo stability and retention time from days up to months or year. The biomechanical properties of the polymer are also improved by covalent modification technologies. Current modifications are concentrated to the carboxyl group and hydroxyl group on the D and N monomer units respectively and polymer cross-linking technologies. 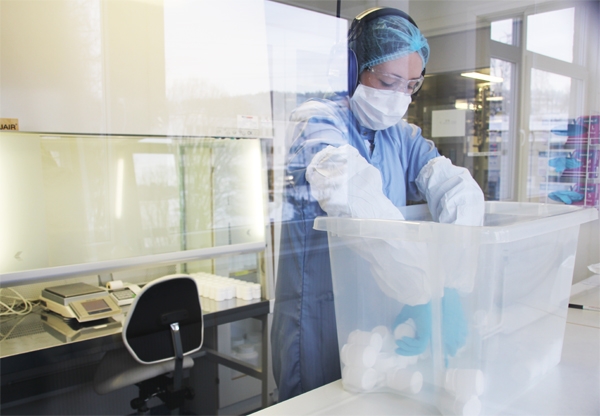 Please select the product to obtain more informations or order

©2018 Dupont Corporation. All Rights Reserved. Dupont, the Dupont logo and all brand names, company names, service marks, logos and trade names of Dupont or its subsidiaries, affiliates or licensors are trademarks or registered trademarks of Dupont Corporation or its subsidiaries, affiliates or licensors in the U.S. and other countries.

We use cookies to ensure that we give you the best experience on our website. If you continue to use this site we will assume that you are happy with it.Ok